If all goes according to plan, top speed is projected to be more than 300 mph. 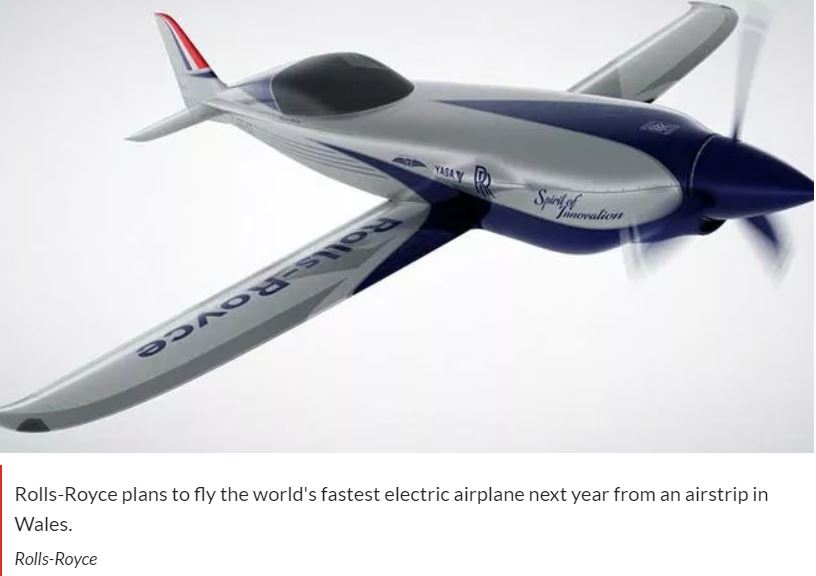 Rolls-Royce is leading a research project known as Accelerating the Electrification of Flight (ACCEL) to explore the use of a high-power electrical system in a demonstrator aircraft. The goal is to build and fly the world’s fastest electric-powered airplane.

Partly funded by the UK government, Rolls-Royce is working with YASA, a manufacturer of high-power, lightweight electric motors and controllers used in automotive, aerospace and industrial applications. Drawing on its expertise in aviation design and safety, the project aims to flight test the system “to gain a detailed understanding of the potential for electric flight.”

As part of the initiative, Rolls-Royce is building a high-performance electric airplane unlike anything the world has yet seen. It’s scheduled to take to the skies over Great Britain next year, reaching a projected speed of 300mph – “and quite likely more,” Rolls-Royce says – making it the fastest all-electric plane in history.

“This plane will be powered by a state-of-the-art electrical system and the most powerful battery ever built for flight. In the year ahead, we’re going to demonstrate its abilities in demanding test environments before going for gold in 2020 from a landing strip on the Welsh coastline,” says Matheu Parr, ACCEL Project Manager for Rolls-Royce.

Rolls-Royce will be supported by Electroflight Ltd, specialists in high-performance electric powertrains including energy storage systems.