Reminiscent of the foldable wings of some carrier-based aircraft, there’s an ingenious reason for the design. 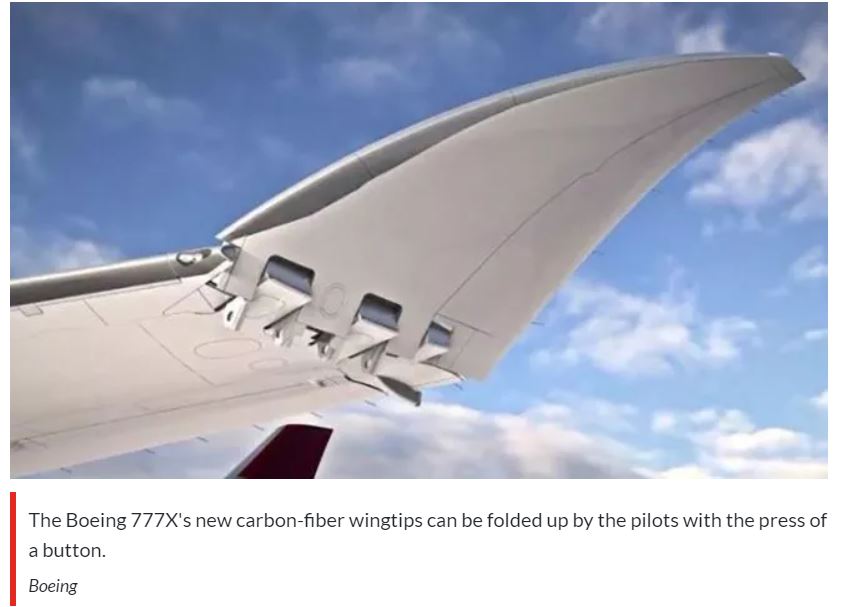 The FAA has certified the folding wingtips that Boeing has installed on its Boeing 777X, the latest iteration of its long-haul stalwart. The new aircraft has longer wings than current models, allowing higher, faster and more fuel-efficient operation, but that means they won’t fit well into a lot of airport gates. Chopping about 15 feet off the wingspan by borrowing a long-accepted design feature of carrier-borne aircraft was a simple solution, but because these aren’t military aircraft, the FAA needed some safety assurances.

The new design allows for longer wings on the 777-8 and 777-9 models allowing them to fly higher, faster and farther. When arriving at the gate, the wingtips fold up to allow the 777 to park at any airport where the airplane is now flown.

The folding tips decrease the 777’s wingspan to 212 feet from 235 feet, and are intended to be folded up only on the ground. Instead of using aluminum, Boeing will make the new 777 wing out of carbon-fiber composites, which are stronger and lighter than the metal they replace.

The unusual wing design is taking shape as Boeing builds the first of its 777X jetliners at its factory in Seattle, the first twin-engine jetliners to carry more than 400 passengers. Boeing holds orders for 300 of the new-generation jets from several airlines.