SureFly Goes Airborne with a Pilot Aboard

SureFly Goes Airborne with a Pilot Aboard

Helicopter-like aircraft is easier to fly than a traditional copter. 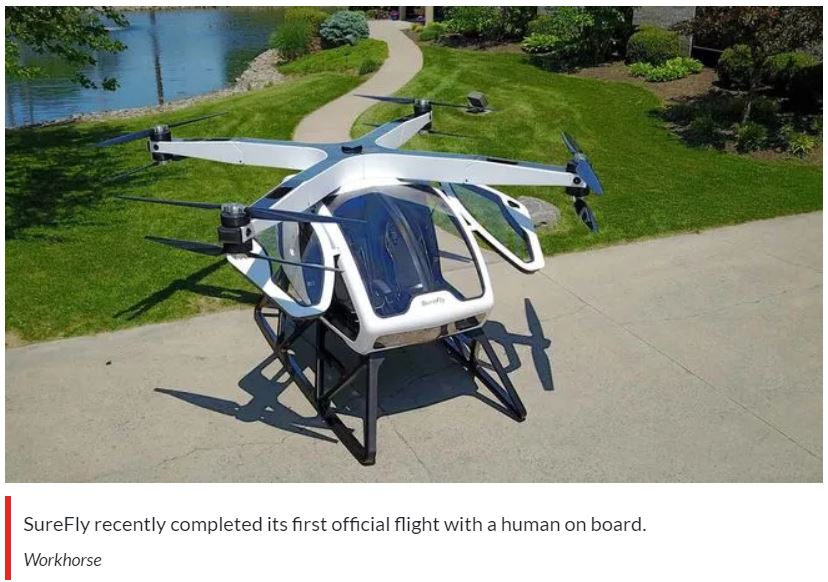 Just a few short months after Workhorse’s SureFly personal helicopter completed a short flight at the Consumer Electronics Show in Las Vegas, the company reports the electric vertical takeoff and land aircraft completed its first untethered flight with a pilot on board.

OK, so it only hovered about six feet above the surface of a company pad in Cincinnati, but it flew nonetheless. The SureFly, currently certified in the FAA’s experimental category, is expected to eventually carry a pilot and a passenger or some cargo on nonstop flights of up to 70 nm.

The SureFly will be pilot operated during flight testing and initial operation, but is expected to operate autonomously in the future.

There’s no word yet on when the SureFly will hit the market or what one will cost.