Australian Matt Hall tops the podium after a fierce competition in the luxury resort town. 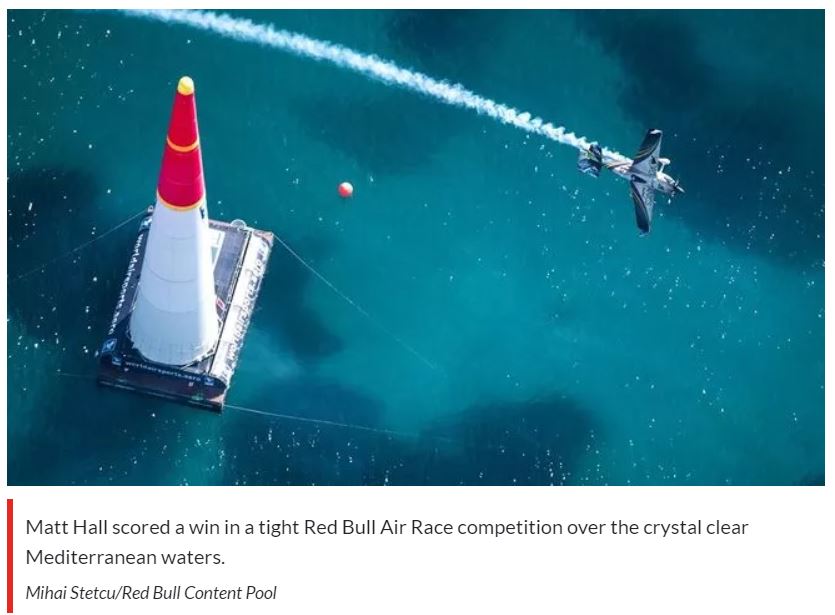 The Red Bull Air Race World Championships had its first competition in Cannes, France, over the weekend. But the three French competitors in the Masters Class: Mika Braegot, Nicholas Ivanoff and Francois Le Vot, got snubbed for the first opportunity to win on their home racecourse. Instead it was Australian Matt Hall who took home the trophy.

But Hall didn’t take the win for granted. “The way everyone is flying everyone can get on the podium and I believe there’s six people that could win consistently,” Hall said. “If you get four of those six in the Final 4 then any of them can win – every second counts, as you saw between me and Matthias.”

Matthias Dolderer from Germany finished second, inching out the winner from the Abu Dhabi race in February, Michael Goulian. While Goulian finished third, he remains the leader after the first two races in the eight-race series that is scheduled to end in November. Goulian holds 24 points, three more than Matt Hall.

The scoreboard could change quickly with Yoshi Muroya also nibbling at Goulian’s heels with 19 points. The competition is truly fierce. Goulian, who was the fastest in the Round of 14, was less than 0.4 seconds behind Hall in the Final 4. But Goulian would have been in fourth place had Muroya not received a time penalty due to an incorrect level in an air gate. Also, Goulian barely made it to the Final 4. Martin Sonka had a faster time than in the Round of 8, but was disqualified for a rule infringement. A post-flight inspection found that Sonka had exceeded the 2,950-rpm limit for 4.4 seconds.