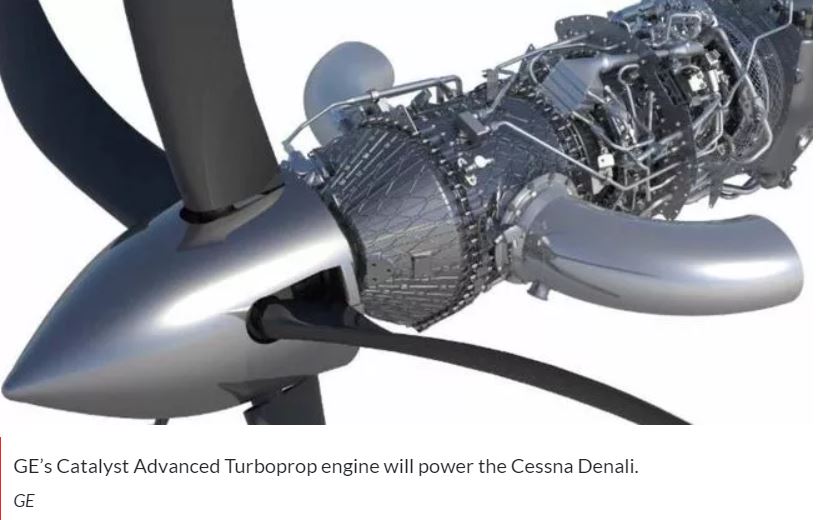 GE Aviation has a name for its new Advanced Turboprop engine that its engineers began development work on in 2012. The ATP engine is now the GE Catalyst Advanced Turboprop, a name that “represents GE Aviation’s commitment to moving the turboprop market forward through innovation.”

The GE Catalyst engine is redefining what a turboprop can do for pilots, airframers and operators in business and general aviation,” said Paul Corkery, general manager for GE Aviation Turboprops. “It acts as a catalyst in an industry segment that has seen very little technology infusion in decades.”

Since the engine project was unveiled to the public at the National Business Aviation Association Convention in 2015, GE Aviation has committed more than $400 million in development costs for the GE Catalyst program, the company said. GE also finalized an agreement with the Czech government to build a new turboprop factory for development, test and engine-production in the Czech Republic.

Engineers ran the GE Catalyst engine for the first time on December 22 at the GE Aviation Czech site in Prague. Certification testing will take place over the next two years, GE confirms, with entry into service targeted for 2020. By then, the 1,300-shp engine for the Denali will have completed more than 2,000 hours of testing, GE says.

GE’s plans for 3-D printing is what has many in the aviation industry taking note of the project. A total of 855 conventionally manufactured parts has been reduced to just 12 additive parts. The reduction in complexity speeds production, reduces fuel burn and weight and increases durability with fewer seams and tighter tolerances, GE says. Additive components reduce the ATP’s weight by 5 percent while contributing a 1 percent improvement in specific fuel consumption.

“When installed on the Denali, these engine efficiencies allow for a larger cabin experience with a comfortable 6000-foot cabin altitude at a 30,000-foot cruising altitude, as well as class-leading, low cost of operation compared to smaller aircraft in the category,” GE said in a statement.