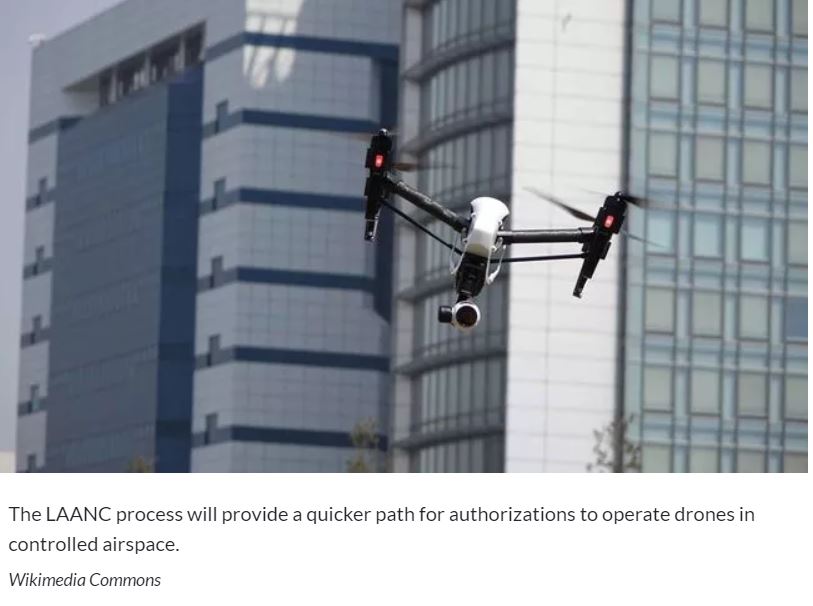 Under the FAA’s Part 107 rule, operators of small Unmanned Aircraft Systems (UAS) are required to obtain approval to enter airspace controlled by an air traffic control facility. Airspace authorization is based on data from UAS Facility Maps, which generally allow for operations below 400 feet, and currently involves a 19-step manual application process, which has made it challenging at best for operators to conduct their UAS work.

But the FAA is streamlining the approval process for UAS airspace access as part of the testing phase in the development of what is called the UAS Traffic Management System (UTM). The announcement was made this week by acting FAA administrator Dan Elwell at the third annual UAS Symposium in Baltimore, Maryland.

A prototype for the UTM, the Low Altitude Authorization and Notification Capability (LAANC), was launched in November. The LAANC provides a fully automated process by which UAS operators can get approval based on data sharing. Information on where UAS activities will take place is available to ATC, enabling controllers to provide a buffer between the UAS and other aircraft.

After a successful initial phase, the LAANC will gradually expand between the end of April and mid-September to nearly 300 facilities, covering about 500 airports at the end of the period. While authorizations to use airspace with the manual process took time, the LAANC provides near real-time access, the FAA said. This allows UAS operators more flexibility while keeping the airspace safe.

The LAANC also allows for collaboration with private UAS organizations. Between April 16 and May 16, UAS Service Suppliers (USS) can apply to provide LAANC services. The process of becoming an LAANC provider is expected to take about five months. There are already several approved providers, including AirMap, Project Wing, Rockwell Collins and Skyward.