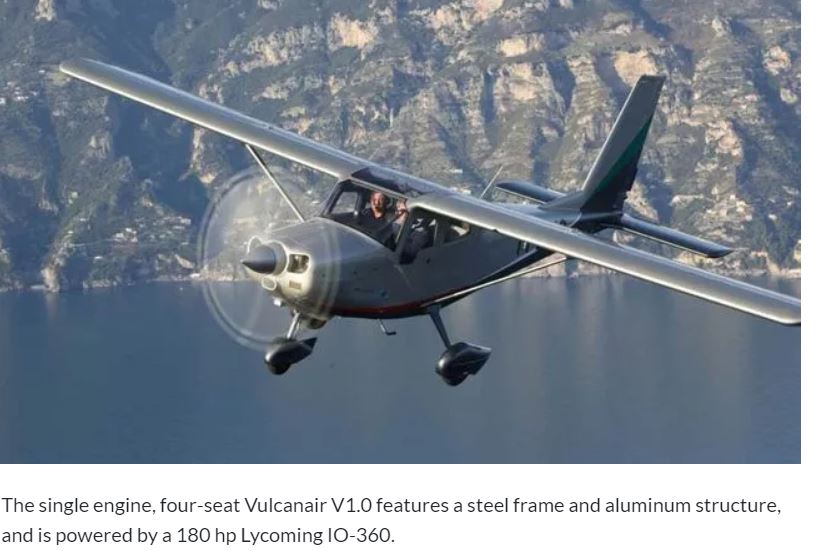 The single-engine four-seat Part 23-certified high-wing is back. While the design had been just about forgotten in the modern world of aviation — Cessna introduced its latest version about 50 years ago with the 177 Cardinal — Italian airplane-maker Vulcanair is the second to have recently certified a similarly configured airplane after another Italian manufacturer, Tecnam, got the FAA signatures in 2015 for its P2010.

Unlike the Tecnam, which is a composite airplane, the Vulcanair V1.0 returns to a steel-frame and aluminum structure, which was the standard for decades. The power plant — a 180 hp Lycoming IO-360 — is also well-established. This engine can burn 100LL and alternative fuels. Vulcanair claims a 130-knot cruise speed at 75 percent power for the V1.0. While most light four-seat airplanes have at most two doors, the V1.0 has a third door for safety and easier access to the rear seats. Eighty-eight pounds of luggage can be stored in the separate cargo compartment.

What could be revolutionary is the price tag for the V1.0. At an introductory cost of $259,000, the Vulcanair is priced significantly lower than both Tecnam’s and Cessna’s certified light high-wing airplanes. What remains to be seen is whether the company can continue to deliver the airplane at such a price. But Vulcanair is not new to aircraft manufacturing, having been in business since 1996. The first V1.0 delivery is scheduled at the Sun ’n Fun International Fly-In and Expo in Lakeland, Florida, in early April.